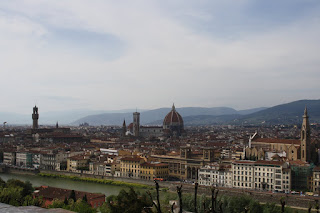 Or Florence, as the world knows it, seriously overwhelms you the first time. You start thinking how could this small city turn out to be the cradle of Renaissance?


Slowly as you breathe in the city a little more, you understand it's magnetism and natural beauty a little more, you begin to comprehend what inspired Michelangelo or Dante or Leonardo or Botticelli or any other dreamer who resided here at that time to produce such magical work. 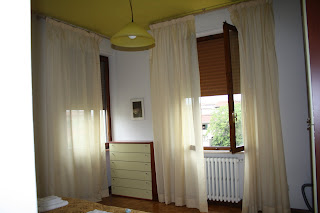 aptly called "the yellow apartment" was truly beautiful. No scope for hubby to complain this time.The view outside was very pretty and the interiors were tastefully done. The landlady had in fact also stocked the kitchen with everything that was needed to make some sumptuous pasta, so thankfully we did not have to do any grocery shopping the evening we reached Florence. Close to the railway station, the apartment was conveniently located to all the landmarks of the city.


The most majestic landmark of the city was the Duomo.This cathedral took almost 150 years to complete. The Duomo, 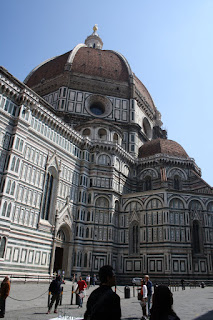 that dominated the Florence skyline was actually two domes built from red bricks. It was an engineering feat of that time. Coming from Rome, fresh after seeing the Vatican,the structure was not as impressive to me as I had hoped, but still it was spectacular.


Florence was all about art. Considering some great artists were born there, it was hardly surprising. The best known piece of the city was perhaps the statue of David which was kept in the Galleria dell'Accademia. Carved from a single block of marble, David impressed us with its sheer size and detailed work. The bulging veins, the slight twist of the body, the innocence of the face... you could see the dedication and the skill of the artist from the work. To think he was below thirty when he crafted it. Made me feel I had just one youth and how I wasted it! 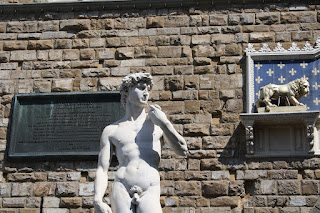 (This one is a fake, kept where David originally stood)

Seemed the world could not get enough of the Florentine artists. The museums had serpentine queues outside and it took us almost 2 hours to get into Uffizi, where most of the world-famous masterpieces were kept. After we did the obligatory museum trips which I must say my kids hated, we just sat on one of the numerous sidewalk cafes of Florence . It was my children's idea of paradise, huge slices of pizza with some unusual toppings (brinjal for instance) and scoops and scoops of gelatto. Against the setting sun, the city was a visual feast. 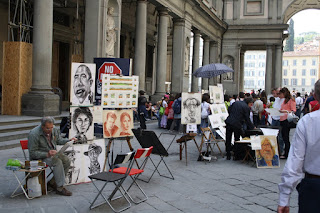 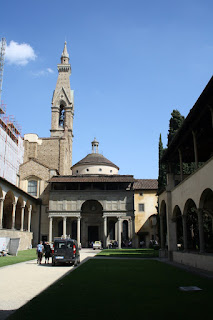 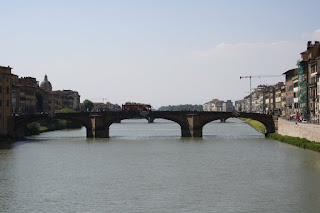 On our last day, we crossed the oldest bridge in Florence called Ponte Vecchio. This 14th century bridge used to house the town butchers. They would throw the unwanted leftovers into the river Arno. The ruler of Florence then closed down their shops and ordered the jewellers to showcase their wares. Since then, world famous Italian jewellers have had their shops on the bridge. The quaint little bridge was the only bridge in Florence spared by the Germans during the Second World War. All the other bridges including some medieval quarters were destroyed in the bombing.

Italians take art pretty seriously and you can see that not just from their architecture and paintings, but also from the attention they pay to their own physical beauty. You will not find shabbily dressed Italians on the streets. The men in their dapper suits and gorgeous women in their killer heels with matching bags almost glide on the streets.How they manage that with those heels, that too on cobbled stone roads still remain a mystery to me. As I am a bags and shoes person myself, the city was just my kind of place. I generally surveyed all the shops selling bags (there were plenty, Florence is famous for its hand crafted leather bags and shoes) while my kids and husband happily dug into their gelattos. The beautifully decorated shop fronts did give some serious competition to all the Botticellis and Michelangelos. 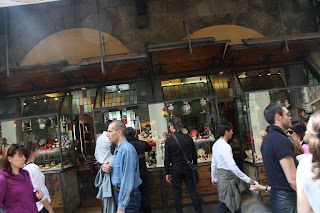 Of all the places we saw in Italy, Florence was my husband's favourite. A place where you can sit under the sun and drink some classic Chianti and see the world pass by. A place where you get the most delicious cuisine cooked in rich Tuscan olive oil, with fruits, vegetables and meat. A place where bankers, traders, religious leaders, thinkers and artists came together as if solely to create the most beautiful city on earth. 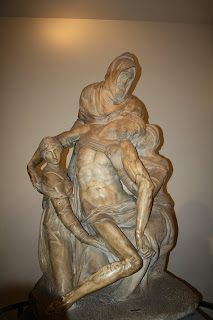 A city where even if you never enter into a museum, can still come across works of art in every street corner. A city with a beautiful name and with even more beautiful people where all of us lost a part of our hearts.

Maybe david would not have been such a a charmer in another city. Your post did give a great flavour of Florence and love the name Firenze..its quite Bangla.. in a way!